Should You Choose a Variable or Fixed-Rate Mortgage?

One of the most basic decisions involving mortgage loans involves the way the interest rate will operate. Borrowers and mortgage lenders can usually choose between rates that are fixed or variable, although there are some limited hybrid options. Let's look at what fixed and variable rates are with an eye toward which approach you might choose.

A fixed-rate loan is exactly what it sounds like. You and the lender negotiate a rate that will stay the same for the life of the loan. Notably, both parties have to agree to this. Mortgage lenders may not always offer fixed-rate loans if a borrower may be a higher credit risk.

The main pro of a fixed-rate mortgage is dependability. You will know what you'll pay for the next however many years your mortgage goes. A 5 percent rate today will be the same in 10 years. The main downside to this is the rate also won't drop if interest rates go well below the fixed rate. Rates tend to be higher on these mortgages, though, because the lender takes on more risk.

However, you might still be able to negotiate a new mortgage at a lower fixed rate if that happens. That may take some time, though, and mortgage lenders aren't obligated to renegotiate. If you can't find a lender to cover the old mortgage and start a new one, then you're stuck with the old rate.

A variable-rate loan usually comes with a lower interest rate because the borrower is taking on more risk. If a financial crisis hits and the federal government jacks up interest rates, though, it could wipe out the difference.

There are, however, mortgage loans that start with a fixed rate for a set number of years and then become variable. Once more, refinancing may be an option.

Also, it may be possible to negotiate a cap on the loan. This allows some variation while guaranteeing the borrower doesn't take on an uncontrolled risk. Bear in mind, though, that even a jump from 5 percent to a capped 10 percent represents a doubling in borrowing costs. 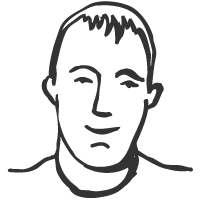